«Visit Procida: a small island off the coast of Naples, largely overshadowed by the fame of its sister islands Capri and Ischia, that boasts a level of unparalleled beauty and tranquility»

After tours of one of Lazio’s finest vineyards and the best street food Rome has to offer, my Italian travels led me to visit Procida, a quaint island off the coast of Naples. The ferry ride alone boasted stunning views of Capri, Vesuvius and the rest of the Bay of Naples.Before we even arrived, I had no doubts in my mind that it would be perfection. Procida is certainly one of Italy’s most beautiful islands and an absolute hidden gem. Vibrantly colored buildings, stunning views, amazing seafood, and relaxing beaches – Procida is a destination not to be missed!

Procida is filled with beautiful places to look out at the water, perhaps the most gorgeous being Terra Murata, the highest point of the island. Here you will find several beautiful lookouts where you can see the entirety of the island. The island of Procida boasts a lengthy history. A piece of its history that stands today is Palazzo D’Avalos. Built in the 1500’s, Palazzo D’Avalos (official site) serves as a textbook example of Renaissance architecture. Throughout its  lifetime, this compound has lived many lives as a boys military school, a Master’s palace, as well as a palace to the Bourbon Dynasty. Most interestingly, it also served as perhaps the world’s most beautiful prison between 1830 and 1988. Today you can do a guided a tour of the palazzo when you book tickets in advance. On this part of the island also lies Punta dei Monaci, the ex monastery of Saint Margherita Nuova which is another point in Terra Murata that offers breathtaking views of the island. 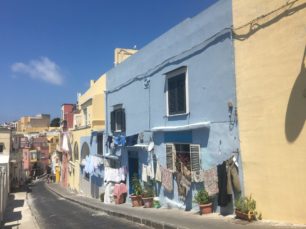 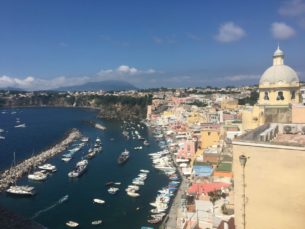 The best and most obvious activity to do when you visit Procida is to visit the beaches! There are two main beaches in Procida next to each marina. Head down to Marina Corriecella, the oldest village in Procida, which boasts views of both Capri and the Terra Murata. Here you can enjoy rows of shops and if you walk past these shops there is a quiet spot to swim where you can appreciate these gorgeous views by the water.  If you happen to walk across the island you will be rewarded with views of vibrant, picture perfect houses. If you have access to a boat, seeing Procida by sea is one of the best Italian boat trips you can do. When you relax on the beach you can see many Italians who took to the boats for a day of tanning and relaxing on the water. No matter which route you go, Procida offers travelers a relaxing getaway far  from the crowds of the more popular Italian beaches. 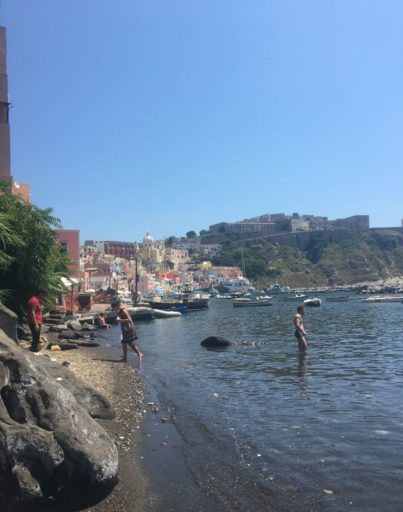 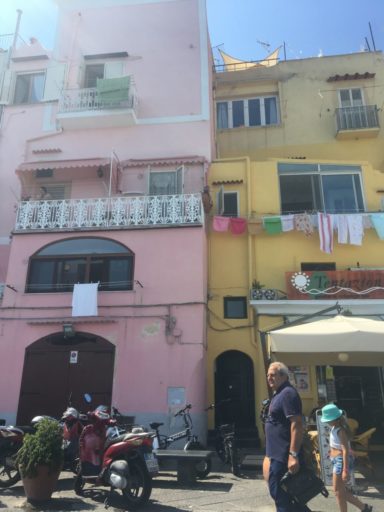 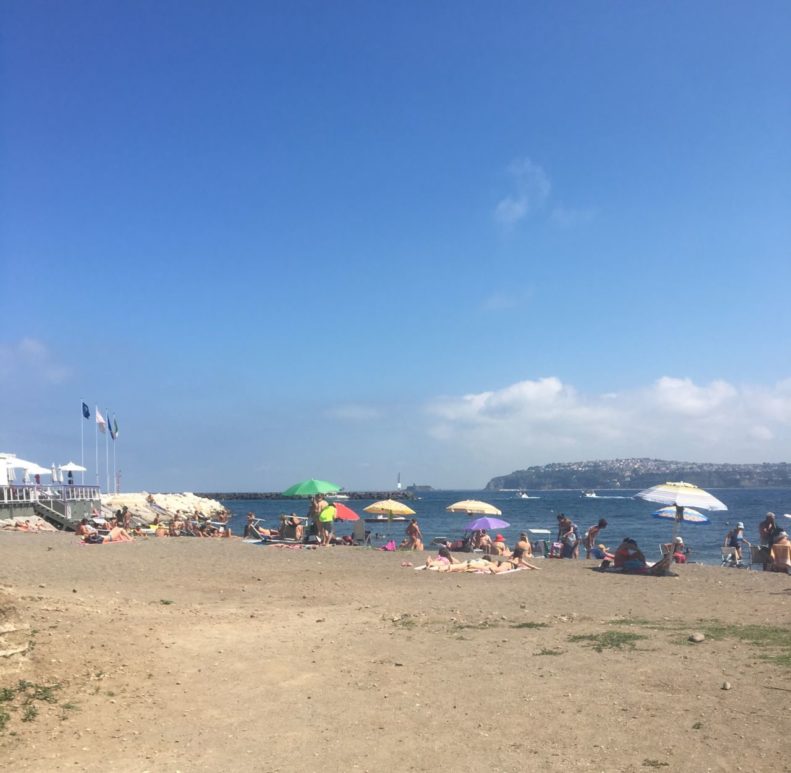 Considering that Procida is an island, it comes as no surprise that its cuisine revolves around  seafood. Calamari, tuna, and anchovies with lemon are typical dishes found on menus in Procida. Procida is also famous for its dishes involving rabbit. In fact, in ancient times, people would come to the island to hunt the wild rabbit that inhabited Procida. In terms of choosing a restaurant, there really is no way to go wrong. There is a host of restaurants along the two main marinas on Procida, Marina Corriecella and Marina Chiaiolella, that boast fabulous meals as well as views of the water. In fact, these restaurants have even been settings for films such as the film Francesca e Nunziata, starring Sofia Loren, filmed at the restaurant Bar Graziella in Procida.

Procida has one of the most famous Good Friday processions in Italy. This procession starts at the scenic Terra Murata, and features many “misteri” or floats. These ornate floats depict scenes from the Bible and today some have stretched themes to shed light on modern issues such as drug use or global warming. The procession starts with the sound of the trumpet, a tradition that has been going on for centuries. The trumpet is followed by a parade of people dressed as angels, then a statue of a mourning Mary, and finally a statue of “Dead Christ”. This intricate procession accompanied by the scenery of Procida is a magnificent spectacle.

I was able to visit Procida on a weekend in July during the height of tourist season in Italy. When I arrived, I found a relaxing island with a profound lack of tourists and crowds and an overwhelming sense of tranquility and beauty. Though Procida is lesser known than its counterparts in the Bay of Naples, it is certainly a force to be reckoned with.

Italian fashion brands, here are 5 amazing brands that you did not think were Italian