Casale del Giglio: a historical vineyard in the heart of Lazio

«A Guided Tour of Casale del Giglio: a fantastic look at the rich history of a vineyard at the heart of Lazio»

After a tour of Roman Street food and a survey of the world of Italian craft beer, my travels around Rome took me to Casale del Giglio in the heart of Lazio to survey Italy’s most beloved export, wine. Casale del Giglio (official website) is a winery located in the Agro Pontino Valley, about an hour and a half drive outside Rome. This winery boasts wonderful views, great wines, as well as a rich history. Prior to the existence of this winery, the land it currently stands on was not considered to be fertile. In fact the land was a marsh that actually was drained in the 1930’s. After the land was drained and the winery was established by Antonio Santarelli, a period of experimentation began (and continues today).

In 1985, over 60 different types of grapes were planted in order to see which ones would prosper in this land. Prior to these experiments, the production of wine in this region was a topic that was widely unexplored. After a series of trial and error the chosen grapes were narrowed from 60 down to 7 grapes that become their featured wines. Today, a large portion of the vineyard is still devoted to ongoing experimentation. Another fascinating aspect of the history of this winery is that along with the transformation of the land and the period of experimentation, the vineyard is also an excavation site. The vineyard houses ruins of Satricum, an ancient city. Here, students from the University of Milan and the University of Amsterdam work to uncover ancient ruins. 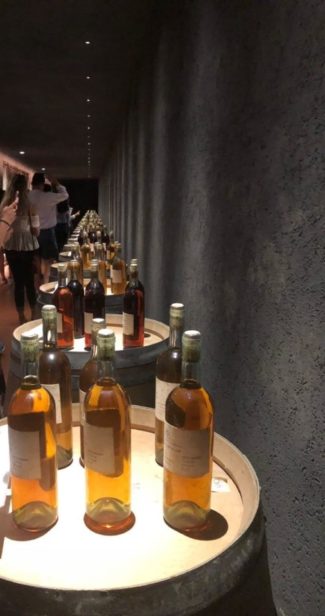 Our tour of the vineyard began outside, next to the vines, where we were able to see the different types of grapes they produce. There, we were told about the rich history of the land. One of the hallmarks of the tour was a man made lake that is meant to show what the marshes that existed before the draining and the winery would have looked like. In the words of the tour guide, before the draining the land was “filled with mosquitoes and malaria,” be it that it may, it was absolutely beautiful.

The next stop on the tour was inside the production plant. We were shown the area where the wine is stored before it goes to the barrels. It was an absolutely massive warehouse filled with rows of vats holding wine. The production of their wines starts in August and ends in September so as we were doing our tour, workers were preparing for the upcoming months or production. The cellar was by far the star of this tour. Perhaps my favorite part of this tour was the hallway leading up to the cellar. Along the walls there were barrels that were stands for a display of the bottles of experimental wines that have been produced on the land at Casale del Giglio. There were wines in every shade dating all the way back to 1924, seeing these bottles was certainly a treat. In the actual cellar, we were shown a barrel that had a glass wall that allowed visitors to view the contents inside of the barrel. I personally thought this was a wonderful addition to the tour because it allows visitors to visualize the process as they describe what occurs to the wine while it is inside of the cellar. 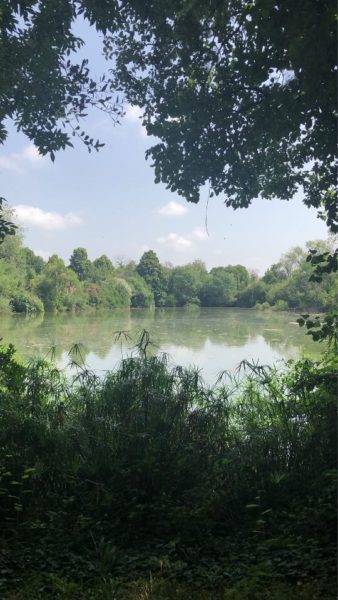 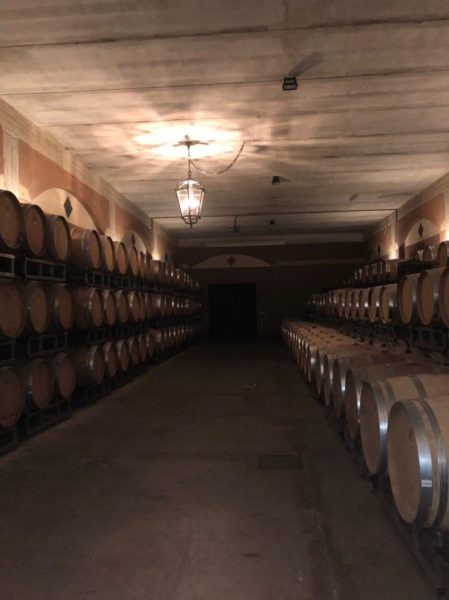 After the tour we were treated to a wine tasting. The wine tasting consisted of three whites, one rosé, and one red. Along with the wine bread, porchetta, and cheese was served. The tasting occurred in a glass-walled room on one of the top floors of the winery that provided a truly stunning view of the vines and the scenery of what was once a marshland; it was an incredibly pleasant atmosphere.

Casale del Giglio’s rich family history and location provided both a gorgeous and interesting tour. Though it is a historical vineyard in many ways, this is no way took away from the winery’s tradition of experimentation and innovation. This tour offered a fantastic look at the rich and interesting history behind the vineyard while offering great wine and fantastic views.

Best views in Rome: the 7 most beautiful views of the Eternal City