«“If I feel, I forget, if I look, I remember, if I do, I learn” (beautiful) music and words of Piero Angela, guest of honor of the final evening of the LoveItaly Challenge»

The principle of doing exactly that was the basis of the final evening of the LoveItaly Challenge (official website), a competition that involved more than one hundred Italian university students who challenged themselves to give new life to Villa Farnesia museum, a rare example of Renaissance beauty in the heart of Rome.

The villa, strongly desired by the banker Agostino Chigi, was built by the architect Baldassarre Peruzzi and frescoed by Raphael, Sebastiano del Piombo, Giovanni Antonio Bazzi and Peruzzi. Purchased later by Cardinal Alessandro Farnese, hence the name of Villa Farnesina, today it is the seat of representation of the Accademia Nazionale dei Lincei. In this splendid setting, the 4 finalist groups competed: during the evening they presented their projects to enhance the splendid Pompeian Room and to create a Bookshop inside the two adjacent rooms, currently closed to the public.

The Villa Farnesina Commission was founded in 2009 to give the public the opportunity to appreciate this villa through the promotion of the art and culture of which it is prized. Agostino Chigi, was the promoter of the construction of the villa in the early 1500s, and a supporter of the work of Raphael and several young artists.

LoveItaly’s president, Richard Hodges, said: «Culture is usually considered a thing for old people, but culture is the gasoline of the country, and young people must be the drivers». And aptly the young have a great importance within the project with LoveItaly Young. President Alan Favuzzi has worked together with a team of young university students to carry out this project aimed at expanding the museum offerings of Villa Farnesina. A project promoted by youth for the youth.

Prof. Francesco Bruni, president of the panel that evaluated the projects and delegate of the president of the Accademia Nazionale dei Lincei, said: «the Academy has the task of protecting Villa Farnesina and of spreading the messages of its works of art. Communicating them to the best of that public, Italians and foreigners, who are interested in the Italian cultural scene».

Four groups have presented their projects all aimed, albeit with different characteristics, to enhance the experience within Villa Farnesina and, above all, the exaltation of the frescoes inside the Saletta Pompeiana and then continue with the Bookshop. The judges, composed of illustrious figures from the Italian cultural scene such as Lorenza Mochi Honors, Gloria Arditi, Francesco Sforza Cesarini, Matteo Tamburella and Francesco Bruni, announced the winning group during the final evening.

The winning project of the LoveItaly Challenge was Fabulous Garden, composed by Martina Codiglione, Susanna Di Gioia, Beatrice Dollorenzo, Antonella Giannotto, Sonia Aura Marino who, inspired by the natural elements of the villa, proposed the construction of a structure with different elements. First, a tree that is not only decorative but also functional, thanks to the inclusion of luminous elements, then the addition of furnishings, similar to the rocks, and a white glass table, to symbolize a body of water. 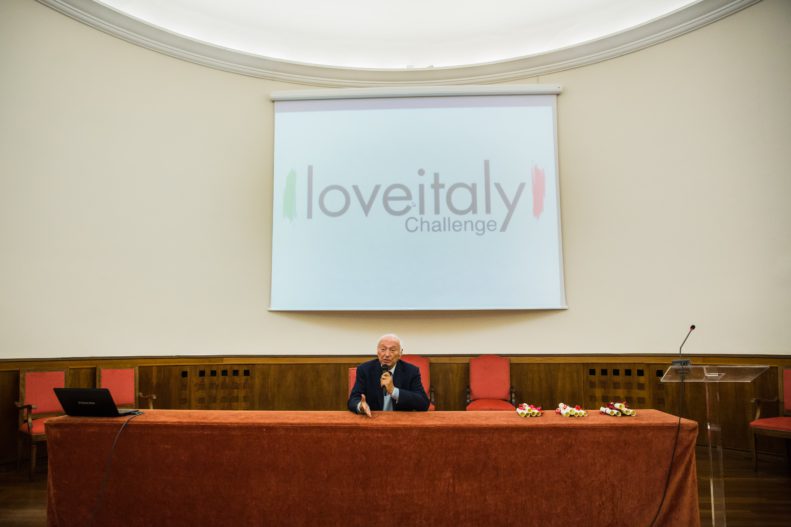 The perfect end to the evening was the speech by Piero Angela, an illustrious figure on the Italian television scene, journalist and scientific popularizer who made culture his mission in life. During the speech he underlined how young creative people are, the way to enhance the Italian cultural scene and how new technologies are able to exponentially improve the visitor’s experiences, managing to give a complete perception of the work or the exhibit «When I go to museums I sometimes get bored, the visitor is not involved in the work or in the museum experience». At the end of his speech, Angela left a final piece of practical advice: «we need to put comfortable chairs inside the museums to give everyone the opportunity to enjoy the works, we cannot expect them to stand up for two».

An evening full of interesting interventions but above all an evening of meeting between two generations, united by the desire to enhance and promote the Italian cultural contribution and flagship throughout the world. 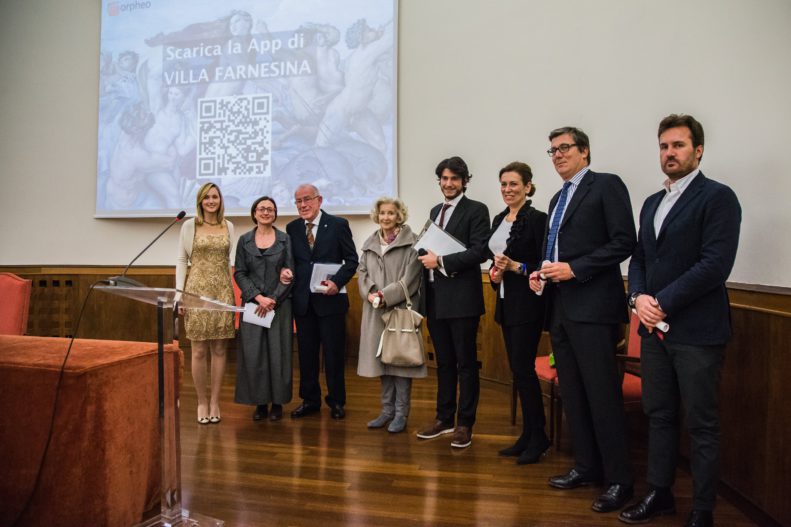 A special mention must also be made for the other participating groups:

Group 4 – A Rose for Galatea

Villa Farnesina is obviously open to the public and can be visited at the following times: