Visit Rome and its squares: the perfect itinerary to discover the Eternal City

«The Squares in Rome are the real protagonists of the city. Even if only for a day, it will be impossible to visit the capital without coming across the most important ones. Visit Rome and follow our suggestions for an unforgettable trip.»

It’s your day off and you want to take a nice walk? The Squares in Rome are waiting for you! Because as if the many monuments, palaces or fountains of great artists were not enough, there are also other attractions, full of stories and many curiosities; visiting them all in one day would be impossible, but the beauty of the Capital is that it always offers a reason for us to come back. Our goal today will be to draw with an imaginary pen with a real tour that explains what to do and how to visit Rome, focusing the five most important squares in the city.

Let’s start… first of all, get yourself a map, comfortable shoes and a couple of subway tickets, in case of sudden exhaustion; our itinerary to visit Rome can begin. Picture just for a second being one of those men in a video game, your starting point will be the Trinità dei Monti staircase, consisting of 136 steps restored the last time in 2016 thanks to the contribution of Bulgari. From here, we move to the first of the squares in Rome: Piazza di Spagna. Its name comes from the Palace of Spain, the seat of the embassy. Here you will find the Barcaccia fountain sculpted by Pietro and Gian Lorenzo Bernini, the house of the poet Keats on the right side of the square, now a museum, while on the left, continuing on Via Frattina, you will find the Column of the Immaccolata Concezione, erected as thanksgiving of the escaped danger after the proclamation of the dogma wanted by the king. 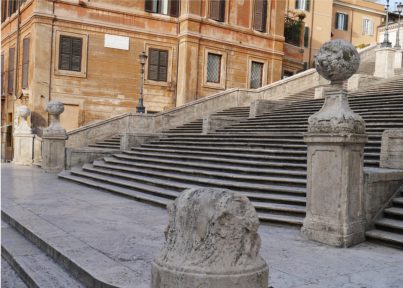 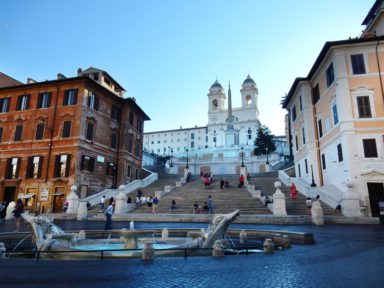 Leave this first piazza behind and, along Via del Corso, you will end up on Via Condotti. Turning to the right, you will find the second among the Squares in Rome, Piazza del Popolo. The origin of the name is not clear, but it seems that it derives from the fact that in the area there was a grove full of poplars (populus) that surrounded the tomb of Nero. In the square there is the famous church of Santa Maria del Popolo, which houses numerous paintings and architecture by Caravaggio, Pinturicchio, Raffaello and Bramante; Along with the latter, do not forget the twin churches: Santa Maria in Montesanto and Santa Maria dei Miracoli, and while raising your head you will see the Pincio: a very famous hill in Rome, the view from which is simply magnificent. 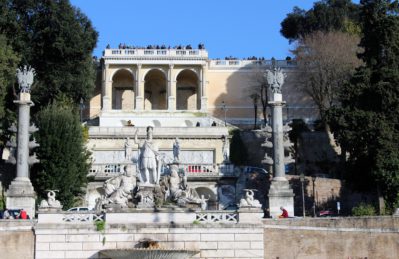 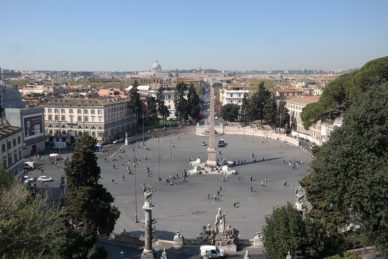 On your journey to visit Rome, in the opposite direction to Piazza del Popolo you will find yourself in Piazza Venezia, another of the most beautiful squares in Rome. Its appearance, over the years, has changed many times, thanks to the demolitions and reconstruction ordered after the construction of the Vittoriano, a monument dedicated to Vittorio Emanuele II known today as Altare della Patria. Another element of historical importance is Palazzo Venezia, initially the papal seat and then the seat of the government chosen by Benito Mussolini, who from the balcony uttered his speeches to the crowd. Opposite, instead, there is Palazzo Bonaparte, the house where Napoleon’s mother, Letizia Ramolino, lived until her death. 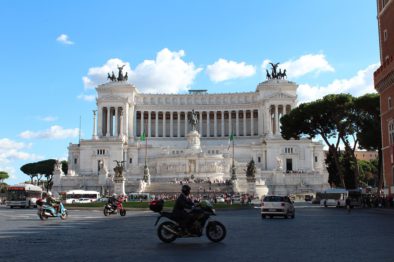 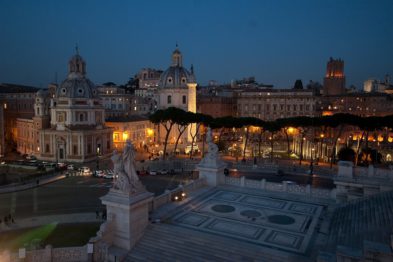 Continuing on foot, you will soon find yourself in front of the Fori Imperiali and the Colosseum. The latter is a monument that is unique in the world, and was declared World Heritage Site by UNESCO. After a short lunch break, the route continues towards the Pantheon, which leads us straight to the fourth among the squares in Rome chosen by us: Piazza Navona. Made by the Pamphili family, its form is that of a stadium: in the beginning, in fact, it was better known as the Stadium of Domitian; inside there is the Fontana dei Quattro Fiumi, which represent the four corners of the earth, the Fontana del Moro and the Fontana del Nettuno; the square also hosts the market, born as a local market which has now become a real attraction. 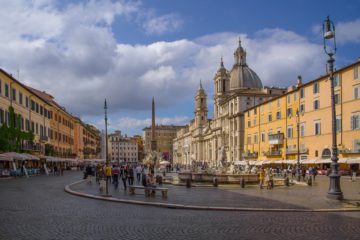 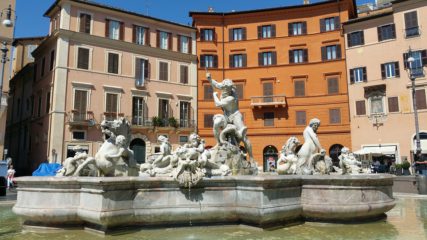 Your visit in Rome continues with a walk on the Lungotevere. On the way you will find, amongst many, Ponte Sant’Angelo and Ponte Vittorio Emanuele, points of union with Via della Conciliazione, which serves as a long walkway towards the Colonnade of Bernini and the Vatican Basilica. Both palaces frame, but only for today, the last three squares in Rome where you will come across: Piazza San Pietro, which is obviously part of the Vatican City. Its colonnade is surmounted by 140 statues and represents two large arms that every day welcome thousands of believers and pilgrims, the place that has always been designated as the center of gravity and the heart of Catholicism. Moreover, it is the official seat of many liturgical ceremonies presided over by the Pope, including the usual Angelus Domini Sunday. Before returning home, do not forget to visit the Vatican Museums, which host the Sistine Chapel and the many splendid works of the Vatican collection. 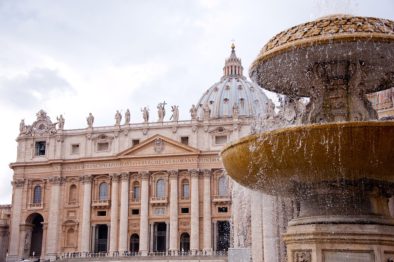 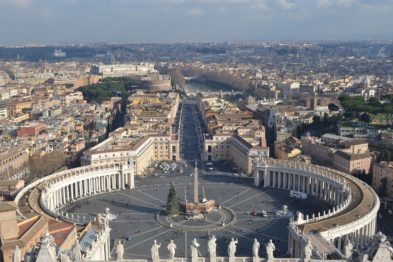 Mediterranean Sea and its coasts, 10 destinations for a wonderful boat trip

Churches in Milan: 5 hidden treasures and their secrets