Italians thrive on football: at school, in bars, in a queue at the supermarket or even at work we often hear about patterns, matches and the latest results, with each of the interlocutors who has their own vision of football. Italy, moreover, has always been a point of reference in the football scene, exporting innovative ideas and, especially in recent years, some tiny great talents. The colony of Italian footballers abroad has now become very crowded, with our talents requested everywhere, also by the particular appeal of our championship and our National team, fresh winner of the 2021 European Championships. And so, a few years after having exported some of the best coaches, it was the turn of the players, who, thanks to their excellent performance, won the respective championship. Here is someone to consider, also because they could be the ones to give you some satisfaction, especially by browsing some of the top betting sites. After all, the Best Sports Betting Sites in Italy always give great satisfaction

Selecting only some, however, was not at all easy: after all, numbers at hand, we are talking about almost 2000 Italian players who now play abroad, a considerable number that ranges from the first teams to the youth representatives, with some of our most crystalline talents brought in the main foreign championships since very young. And to think that in the past it was exactly the opposite: in the 90s the Italian championship was the finest in the world, with the main Serie A companies that brought to Italy – to the tune of millions – almost all the greatest international football champions. Now, however, it is our boys who set out, a little for money, a little to face new challenges. 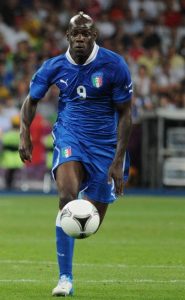 It is impossible not to start from SuperMario. He was the symbol of our football for years (unforgettable the resounding European played 2012) and at the centre of numerous controversies because of the extremely stormy character. In addition to the media character, however, there is much more, starting with a very talented player, who as a goal-scorer has prompted Coach Roberto Mancini to think of Balo as a wild card to be played, in the case of qualification, at the World Cup in Qatar 2022. Meanwhile, the striker born in Palermo but grew his soccer career at Inter (also active in the Triplete season), after the last unfortunate experience in Italy (at Monza in Serie B), reinvented himself in Turkey, becoming one of the pins of Adana Demirspor-Karagumruk. After all, he never lacked talent, as well as the desire to make people talk about himself. To facilitate the arrival of Vincenzo Montella on the bench, the coach who most of all seems to know how to manage. Yet on the best Italian betting sites you can find his next “Balotellata” among the odds

Another player who does not need too many introductions, having been one of the heroes of Euro 2021. The midfielder currently in force at Chelsea was the semifinalist of Spain, achieving the last penalty in a heart-stopping challenge. Not only that: numbers in hand Jorginho is the third most used player since Roberto Mancini has sat on the bench of the Azzurri. An excellent penalty-taker, this year he has encountered some difficulties from the 12-yard spot, having missed 3 penalties (the missed one against Switzerland in the World Cup qualifiers was particularly painful). In England, however, the former Naples player was practically infallible, so much so that Tuchel gave him the keys to the midfield of his Chelsea, currently third in the Premier League. 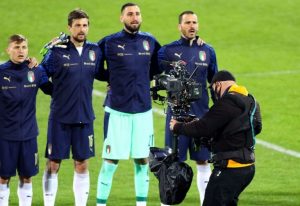 Motion footballers but not only: Italian goalkeepers are becoming increasingly fashionable abroad, even if there is no shortage of difficulties in getting the starting position. In fact, Pierluigi Gollini has not yet managed to conquer Tottenham’s goal, with Antonio Conte (firmly among themost successful Italian coaches abroad), who almost always preferred him Hugo Lloris. On the other hand, Gianluigi Donnarumma’s prices in France are on the rise: after a start on the rise due to the ownership of Keylor Navas, the former goalkeeper of Milan is carving out more and more space in the centre last summer of a real market intrigue, which will still earn him a 12 million euro contract for the next 5 seasons. Gigio will forever remain the symbol of the 2021 European Championship: the rigours of the final parades in Sancho and Saka earned him the prize as the best player of the event.

He hasn’t been abroad yet, but the transfer of Lorenzo Insigne to Toronto FC in MLS has become official for a few weeks now. A transfer that has caused discussion but that has not had too many aftermaths: after the Canadians have deposited the contract, the fans of Naples have never stopped applauding the now-former captain, bestowing him a long-standing ovation at every exit from the field. In fact, a beautiful love story that will continue in the coming years, also because Insigne has already written his name in the history of the Parthenopeans, having already given away 2 Italian Cups and an Italian Super Cup. 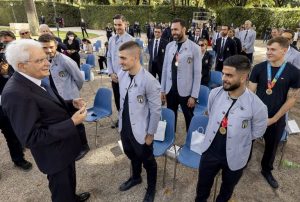 We conclude our collection on the 5 most famous Italian footballers abroad with Vincenzo Grifo, who in our championship has never played there, having been born and raised soccer in Germany. His mother (Lecce) and father (Sicilian), however, gave him dual citizenship, leading Grifo to wear the National team jersey in some circumstances. He took care of the rest, also because he won the fans of Freiburg with goals and performances, often ending up on the front pages of German newspapers. Seeing him in Qatar will not be easy (also because Italy has yet to qualify) but Mancini has already shown on several occasions to take it into account…