Fried taralli: the one and only, only in Naples

«Naples is the cradle of many of the best Italian specialties. And this time, too, it proved to be worth it. It is in fact a Neapolitan fryer who invented fried taralli. At sight it doesn’t seem different from the classic Neapolitan tarallo, but when you taste it you will understand the difference!»

The idea of ​​Sofì’s Passion Fryer is ingenious. Take a classic of Neapolitan cuisine and revisit it without distorting it. They are the fried taralli of Naples (here the itinerary to discover the secret Naples) but at the same time they are not. New is the life and new is the taste.

The Neapolitan tarallo comes from the recovered scraps of bread dough mixed with pepper and suet and cooked in the oven. Then the almonds were added. This is an unmissable classic for those who are walking on the Neapolitan promenade: taralli ‘nzogna and pepper with a nice beer. The fried taralli of Passione di Sofì have been very successful: the fryer, in via Toledo 2016 in Naples, has recently launched this product. Same ingredients as the classic tarallo, only the cooking changes. Fat in and fat out. Fried taralli are making their way into the Neapolitan street food scene and it will not be difficult for them to get used to them.

But what is the secret of Neapolitan fried taralli? If the ingredients are well known to everyone, the preparation method remains a mystery. Here is the list of ingredients: lard, baresi almonds, unrefined organic flour, black cayenne pepper, whole Sicilian salt, mother yeast and water. It has the appearance and all the flavor of the Neapolitan tarallo and the consistency of a donut. 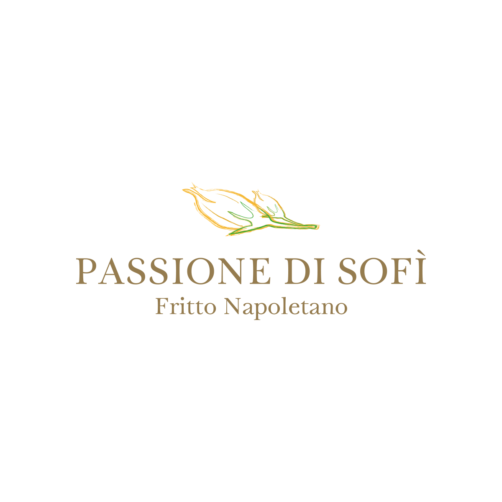 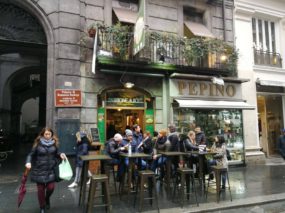 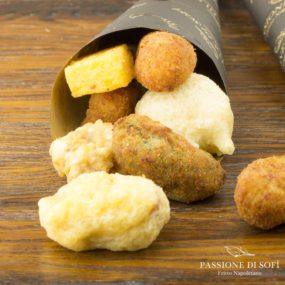 Passion of Sofì, the modern tradition

“Modern tradition” is the motto of this fantastic fryer that respects tradition but, at the same time, is always looking for new flavors. Raw materials of quality and attention to detail are the mirror of love for genuineness, which for this place is everything. The products are cooked so as to preserve their characteristics that distinguish them. And the sign of the restaurant reflects this modern tradition. On it is the ciurillo, the small loaf, the calzone (escarole and olives or salami and ricotta), the crostoncini of ricotta, the battered vegetables, the crocchè with ham and friarielli, the zeppoline, the omelettes, the arancini (Palermo or Catania?), The scagliuozzi, the montanare. And again pancakes and cod, shrimp and calamari, pizzette of cicinielli and Cetara anchovies. Do I need to add any more? All possible tradition is here and, while respecting the flavors of the past, the recipes are original and innovative.

–
But who is Sofì? The Neapolitan woman who made Ferdinando I di Borbone fall in love, the King “Lazzarone”, with her culinary skills. The beauty of this place is that on the first floor you can find a reconstruction of Sofì’s house, an environment in which the veracity of one of the best kitchens in the world remains intact. Customers can therefore, enjoying the delicacies of the best tradition of Naples, enjoy the lively atmosphere typical of the Neapolitan houses. 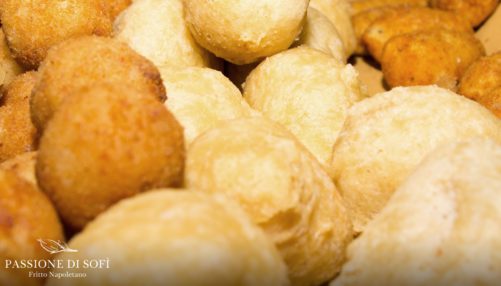 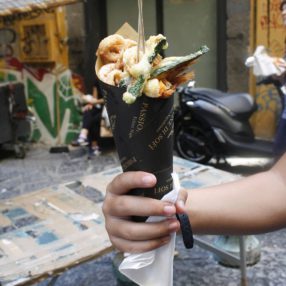 Fried food? It’s good for you!

The fried that does not hurt, according to Angelo Terzo, owner of Passione di Sofì: “fried food is always consumed as street food. Already in 2500 BC in Egypt it was a widespread practice, as well as in Roman times. Even in Naples it has ancient origin, it is a ritual, a style of life, because it is part of the Neapolitan culture that lives in the city even in its streets, in its alleys, in its places. After carrying out new research, several scientists have discovered that fried food is not as harmful as it has been said for years but it even seems to be a great way to prevent many diseases such as cancer, indeed. And it is also claimed that the vegetables retain their nutritive properties more if fried in olive oil than when they are cooked in water. The secret is to use the right oil, and to not overdo it, as with all things.” You have no excuses not to taste taralli then!

What do you think, will it be true?  Healthy or not, as soon as I make a trip to Naples the obligatory stop will be to taste this new taralli specialty it!

Sardinian Fregola: where can you eat it?