«They made a fortune abroad, and now they are considered the most important Italian managers on a global level. They relaunch, strengthen and earn (a lot). Read on to hear the stories of the great managers of the Italian fashion companies»

In Italy they do not enjoy a lot of notoriety, perhaps also because of their geographical position that has almost always been based abroad, rather than in the Belpaese. Yet there are numerous Italian managers who have made the history and success of some Italian fashion companies, and not just that. Leading people, hardly present at social events, exclusive clubs and jet set parties. It is easier to meet them in their office, in a meeting or at some industry meetings; yes, because the Italian great managers that we will talk about are now emblematic examples of the Made in Italy entrepreneurial spirit. Competence, grace and good taste are not just some of the characteristics that have made them unsurpassed in front of not just a national but also international panorama.

The first on our list of great managers, Fabrizio Freda is considered by the Harvard Business Review one of the best CEOs globally. If before he was in the 8th position, now, in the last 3 years, his extraordinary career allowed him to rise to the 27th place, earning the esteem and admiration of one of the most powerful cosmetic companies in the world. Freda, in fact, leads the Estée Lauder, American colossus of the beauty sector famous all over the world and among the most purchased and appreciated by the female universe due to its quality. So since 2012 this famous brand has changed the fate of its empire and decided to put its expectations in this man with local talent. Until then, Estèe Lauder had always been guided by its family and the founder Leonard Lauder. A maneuver that seems risky, but which is actually spot on in every detail. Estée Lauder has made the history of American cosmetics, thanks to Estée who introduced the sample in 1946, thus revolutionizing all the sales techniques of the market. But even before then Freda was considered the man of revelations, the one who turned defeats into gold. His nickname was Pringles Man, born thanks to that intuition that few know. During a professional collaboration with Procter & Gamble, thanks to a careful study of American lifestyles and typical overseas food, he launched what later became the King of Chips, namely Pringles.

The second great manager today is Alessandro Bogliolo. He started honing his skills in the the distant years of Giovannino Agnelli, son of Umberto, who passed away at the premature age of 33. With Piaggio, Bogliolo begins to make his way into the world of Italian managers, where it does not matter where you come from, but what you do. These are important years, because the great academic preparation acquired at the Bocconi University in Milan become a cultural baggage to be put into practice day after day in the Piaggio office, which was in China at that point. This boy’s skills are soon recognized and after a short period of time Bvlgari contacted him for a work experience in Singapore. Thus the doors of the luxury brand were opened. But Italy calls, and after various assignments from Sephora, the fashion world takes him on with full marks and his journey with Italian fashion companies begins. Renzo Rosso, founder of the Diesel brand, the Made in Italy jeans excellence, notices him and entrusts him with the company’s leadership for several years. But victories do not stop, and elegance also wants its part. After the dismissal of Frederic Cumenal, for the disappointing sales recess, the luxury leading jewelry brand Tiffany hires Alessandro Bogliolo as CEO. Inside Audrey Hepburn’s box there are numerous Italian great managers who make the difference, in fact at the head of Italy and Spain there is Raffaella Banchero, while in the watches division we find the general manager Nicola Andreatta. In short, a family, that of luxury, which shines in the name of Made in Italy. 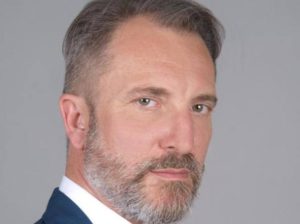 Also a graduate from Bocconi, and third on our list of great managers, is Francesca Bellettini, who dedicated herself to economic studies. She carefully followed Mario Monti’s lessons, but she still did not know that one day she would be called the ” one billion euro woman “. Yes, because Le Monde announced this upon her entry as CEO of Saint Laurent. Among Italian managers Francesca Bellettini is definitely the woman who has achieved the most success. She graduated in business administration and her studies and her professional career led her immediately to work in the fashion world. Since her first assignment in 1999 for the typical Italian fashion brand Prada, the ascent came after a very short time. Gucci and Bottega Veneta followed in glory, leaving room for Yves Saint Laurent in 2016, the second most important luxury group in the world. It is said that she is extremely driven and determined, and to understand it, just look at the turnover. When Bellettini arrived in Paris, in fact, YSL invoiced around 500 million; in almost three years, the figure has more than doubled. In short, a career with four zeros!

Originally from Vicenza, he definitely shines amongst Italian great managers and he is one of the most loyal to the fashion world. He built his entire career among major luxury brands such as Givenchy, or Italian fashion companies Moschino and Bottega Veneta. However, for one year he has given himself to the English style and has been appointed as Burberry’s CEO. This was an important task, especially right after the Brexit scandal, which inevitably also affected the world of luxury business. Gobbetti also has the merits of the exponential growth of the Cèline brand, a French brand born in 1945, which thanks to this man has increased its turnover by more than ten times to around 700 million euros. 58 of age, we can call him an out-of-the-ordinary Italian, cosmopolitan par excellence and with a suitcase in hand 24 hours a day. He has three daughters and has married twice: the last wedding was celebrated in a Palladian villa in the Vicenza area, perhaps to return to his old origins. He has always been a very reserved and caring man. You don’t see this great manager much on TV, and when he’s not at work you will find him with his family.

Born in 1962, Marco Bizzarri is among the most loved managers by the Italian fashion houses. Born in Emilia, and for this reason very closely linked to his origins, since 2015 he is the CEO of the Gucci brand. An important step if we consider his climb to success, which included fashion empires such as Mandarina Duck, Stella McCarteny (CEO in 2005) and Bottega Veneta. He is credited with trusting young people, like Alessandro Michele – former accessories manager – Frida Giannini’s right arm, who with the support of Bizzarri have reinforced the image of the brand, molding Gucci’s artistic identity into one that’s more fresh and in step with the times. We said goodbye to furs and welcomed the idea of ​​fashion that is more attentive to ethical and social issues. The newspapers chronicle him as the author of the great revival, and we cannot but acknowledge it.

Congratulations to Marco Bizzarri, Gucci’s CEO, for being named Chevalier of the ‘National Order of the Légion d'Honneur’ by the President of France. The decoration, is the highest French order of merit, and was conferred in recognition of #MarcoBizzarri’s career and success serving the relationship between France and Italy.

Brunch in Rome: where to get brunch in the capital