At the Ferragamo Museum, an exhibition tells us the story of Italy in Hollywood

«The new Ferragamo Museum exhibition traces back the years that the Italian designer spent in the States, including important collaborations and great innovations»

Once again the city of Florence and the Ferragamo Museum (official site) pay homage to the  shoemaker of the stars, and they do so with an incredible exhibition dedicated to the years that Salvatore Ferragamo spent in the United States (from 1915 to 1927). The title of the exhibition, curated by Giuliana Muscio and Stefania Ricci and which was inaugurated on May 24th,isItaly in Hollywood.

After the closure, on May 2, of the current exhibition path 1927 The return to Italy, dedicated to the years of the company’s foundation in Italy, the Ferragamo Museum (among the best Italian fashion museums) wants to take a step back in time, telling us how a simple boy from Campania managed to conquer the Hollywood stars. 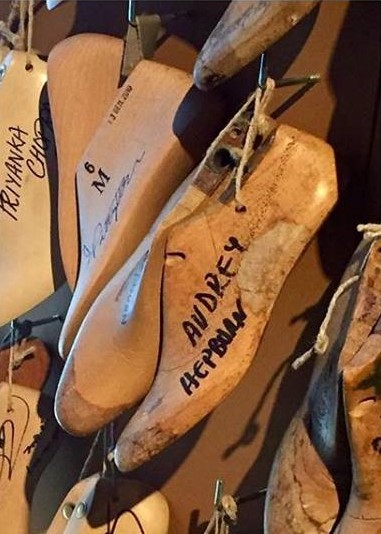 Salvatore Ferragamo, in fact, was born in Bonito (a small town in the province of Avellino) on June 5, 1898. Eleventh of fourteen children, he came from a modest family and began working as a child as an apprentice in Luigi Festa’s workshop. When he was only 14, he decided to emigrate to the United States, more precisely to California. And it is precisely at this moment that he begins his collaboration with the world of cinema. In the early twenties, in fact, he opened a shoe and repair shop in Santa Barbara and later (in 1923) he moved to Hollywood where he opened the Hollywood Boot Shop. Soon the boutique  became a point of reference for all the movie stars.

Salvatore Ferragamo first famous customer was Lottie Pickford, for whom he created the first pair of shoes, elegant and in brown goat. After her came Mary Pickford, Gloria Swanson, Dolores Del Rio and Joan Crawford. All the biggest stars went through the Hollywood Boot Shop and bought a pair of made-to-measure shoes from Ferragamo. Some even claim that the famous red shoes of Dorothy in The Wizard of Oz were made by him, and not by Gilbert Adrian, Hollywood’s famous costume designer. In short, Ferragamo’s Hollywood break seems almost a fable, a story surrounded by legend and magic, which has been brought back to life at the Ferragamo Museum. Inspired by Salvatore Ferragamo’s autobiography, the shoe is elevated to an artistic object and Italian craftsmanship goes hand in hand with cinema. A large section of the exhibition is dedicated to Californian film productions, with a clear reference to Italy and to the Italian way of life. Furthermore, the exhibition itinerary focuses on the world of art, craftsmanship and entertainment, which have always been areas of interest favored by the creativity of Ferragamo. Everything develops like the plot of a film, and the visitor will have the impression of really being on a 20’s film set, especially thanks to the genius of  Maurizio Balò, whose scenographic set-up draws its inspiration from  the American studios  of Hollywood’s golden years.

Through photographs, film clips, objects, clothes and artistic representations, the exhibition is also dedicated to the role played by Italians and Italian art in the birth of silent and contemporary cinema. The exhibition makes use of important loans provided by Italian and American museums and collections (public and private), as well as the collaboration of some important institutions related to the world and the history of cinema.

In short, if you happen to be in Florence you can not miss this wonderful exhibition at the Ferragamo museum! Whether you already know the story of Salvatore Ferragamo and his fashion house or if you are simply curious, the exhibition will allow you to fully understand how the Made in Italy has influenced the world in the course of history.

Visit Bolzano, the itinerary for a perfect trip