«Neuer, Sneijder and many others: for their fairytale weddings, the football players continue to choose Italy and its artistic beauties.»

Italy continues to attract showbiz stars when it comes to fairytale weddings. In the long list of celebrities who have married in the beautiful country a large group is represented by athletes, in particular by the football players. In fact, more and more foreign athletes are choosing the Italian peninsula to swear loyalty to their future wives. Few seem to resist the beautiful landscapes of our country to spend the most important day of their lives.

The latest news is that Manuel Neuer, goalkeeper of Bayern Munich and world champion with Germany, has decided to take the big step right on our home ground. The German footballer is the last of a list, destined to grow, of athletes who have pronounced the fateful “yes” in Italy, picking our country for their fairytale wedding. On February 19th, for example, Neuer’s visit to Martina Franca, in the province of Taranto, caused a sensation: the German goalkeeper was in fact seen walking along with his promised bride through the streets of the town in Puglia. A simple holiday among the beautiful landscapes of southern Italy? Nope. The reason was soon unveiled by the German newspaper Bunte, especially active on gossip news: Neuer and his girlfriend, Nina Weiss, were in Puglia to organize their wedding and to choose the church where to celebrate the wedding. According to the German newspaper, the couple had already chosen the Basilica of San Martino, a Baroque building in the heart of the Valle d’Itria. 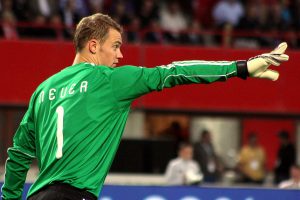 Many colleagues have preceded Neuer in recent years in choosing Italy for their fairytale wedding. Last summer, just after Germany’s elimination from the Europeans in France, a former team-mate of the German goalkeeper, Bastian Schweinsteiger, chose the romantic Venice to celebrate his marriage with former Serbian tennis player Ana Ivanovic. First the ceremony at the register office, and then the religious ceremony in the Chiesa dell’Abbazia della Misericordia, filled with many guests and which cost around one million euros.

In June 2008, the marriage between Manchester United striker Wayne Rooney and his historic partner Coleen McLoughlin lasted three days: they got married just a few days after the footballer’s Champions League victory with the Red Devils. The two, or rather Coleen, chose the luxurious Portofino to celebrate the wedding, first at the register office, at Villa Durazzo, and later at the  Church of San Michele di Pagana. They were three days of great celebration for the 64 guests, who arrived in Italy with private flights for a total cost of 5 million euros.

Several foreign players who have played in Italian teams have remained tied to our country so much that they chose to have their fairytale wedding within the confines of the peninsula. These include former Inter football player Wesley Sneijder, who celebrated his wedding in July 2010, after the triumphant Inter season, together with the model Yolanthe Cabau. The wedding took place in the Church of Saints Giusto and Clemente in Castelnuovo Berardenga, in the province of Siena. It was a marriage worthy of the best fairy tales, with the beautiful Yolanthe brought to church by a chariot drawn by four white horses. That day, 250 guests filled Piazza Matteotti. 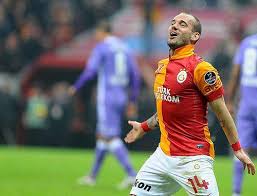 Besides Sneijder, Samuel Eto’o also played for Inter. Although the Cameroonian striker has not played in the Italian league for a few years, this land has certainly remained in his heart. Last June, in fact, Eto’o and Georgette Trou got married in Stezzano, in the Bergamo area, near the hyper armoured parish church of the town. That day Stezzano stopped and a crowd of onlookers was dammed effortlessly in front of the church and, later, in front of  Villa Zanchi, where the wedding dinner was celebrated. No doubt about it, one of those truly unforgettable fairytale weddings.

We can easily bet that in the future too many international football stars will continue to travel to Italy to celebrate this important stage of their lives. On the other hand, the landscapes offered by our country are unique, and it is hard not to be attracted by this mix of romance, nature and culture where to organize a fairytale weddings.

Italian books and their authors: the brightest pens that the world envies us

Francesco Totti, anthology of a champion