Villas in Northern Italy: luxury and breathtaking views to be discovered

«The luxury villas of Italian designers. Discover which are the most beautiful villas in Northern Italy, with their breathtaking views, modern kitchens and swimming pools.»

We’ve talked about luxury many times: last month we covered its many facets talking about jewels of a thousand and one nights, ultra expensive and super-equipped machines, and finally clothes whose economic value at times seems to exceed our expectations. Not to be outdone by these, today we want to make you dream a little more so  we will talk about luxury villas, but not just any villas. Many times we think that the true luxury is to be attributed to international stars, to those who in the magazines, on the web and even on the street show off items worth dizzying figures; instead all of this – even the more hidden side – is at home even in Italy. Even the VIPs of the Belpaese can live in comfort, in unbridled luxury, and in the most sophisticated beauty; their luxury villas often reside in the heart of the city, on the upper floors of important buildings, or in the middle of the green far from the metropolitan chaos, and perhaps for this in even more exclusive locations. And to tell the truth “tastes are tastes”,  perhaps this is why so many famous people conceive beauty and pomp according to different characteristics, some link it to the appearance more brazen and showy, others to the quality of the materials used and the celebration of a more Made in Italy with a touch of craftsmanship. Let’s take a look at these villas in northern Italy but not only, between luxury and breathtaking views. 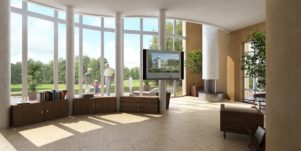 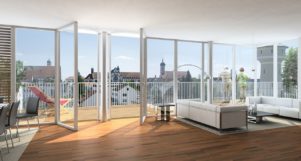 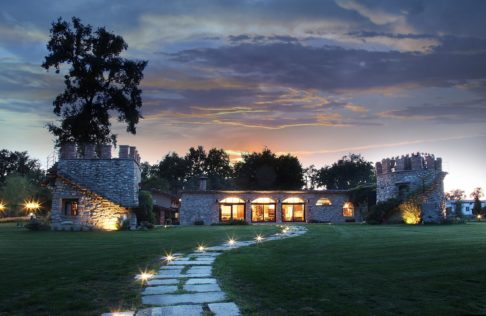 An example? Look at the home of the actor Luca Ward and his wife Giada Desideri, a property that among the luxury villas stands out not for its extreme splendor, but for the skillful use of workmanship and materials that go well with nature and the beauty of a typical landscape of Casale Lumbroso. A villa surrounded by greenery with an outdoor swimming pool, refined wooden interior furnishings that mix with the rustic exterior touch of the property. A combination of history and modernity done with extreme style. The house of Veronica Maya instead, the conductor of Verdetto Finale, is located in Naples and its peculiarity lies in the very location of the house, obtained from two historic towers of immense value, whose size is not large, but very chic and ultra modern. Among the luxurious villas, Veronica Maya is certainly a little jewel of Naples glamor.

But if abroad the city that boasts the largest number of VIPs and luxury villas is Los Angeles, we in Italy also have our own little Dubai. The concentration is divided between our villas in Northern Italy, especially in Milan, and those in Rome. On the one hand we have the city of fashion and design, a focal point of entertainment and communication for numerous jet set characters, on the other the eternal city par excellence, the one that is impossible to replace, and which today represents the most beautiful Caput Mundi ever. Between exclusive penthouses and breathtaking views, the metropolitan city is home to truly unimaginable luxury villas. Among the most beloved VIPs of Italian television there are Ilary Blasi and Francesco Totti who live inside the Eurosky Tower, a futuristic skyscraper in the EUR area. Their house consists of 36 rooms, with a cost of about 9 thousand euros per square meter. Claudia Gerini instead chose an attic in the Veio Park in Rome, with a delightful interior design, designed by the actress herself, which has nothing to envy to the luxurious villas of international stars. In the capital there is also Paola Ferrari’s home, historical tv presenter and presenter at Rai, who decided to take root on a seven-level historical building, whose windows overlook the uncontested beauty of the church of Sant’Ambrogio.

In Milan, on the other hand, the contemporary style dominates, and the winning cards are the lofts in the ultra chic neighborhoods of the most fashionable ‘quadrilatero’. Amadeus in fact, together with his wife Giovanna Civitillo, have opted for a flat on the 15th floor of a modern skyscraper in the area between Corso Sempione and Ex Fiera, just a stone’s throw from the tenant’s place of work. Even Filippo Inzaghi likes modern design, in some ways more minimal than ever. In his home in Milan, the furnishings reflect his own personality, showing off warm hues like red, and cold as black. This is one of the most beautiful villas in Northern Italy.

Among the most popular luxury villas there is also the one where beautiful Argentine show girl Belen Rodriguez lives, who for some years has been romantically linked to the biker Andrea Iannone. His house in Milan is part of the beautiful villas in Northern Italy and is characterized by low ceilings and a mix of historical and contemporary style, that make the property chic and never exaggerated. In addition, Belen loves green, and even the terrace is full of plants and ornaments that seem to create a green corner between a thousand concrete flows typical of large metropolitan cities.

Another beautiful luxury villa is that of the Italian singer Francesco Facchinetti, whose property among the luxurious villas is the one that best fits the criteria of eco-sustainability and green life that for some time are close to the hearts of thousands of Italian VIPs. Flat roofs, clean lines and large windows make the house modern and in some ways innovative; a large photovoltaic system and the choice of natural materials for the construction of the structure make this villa partly self-sufficient in terms of consumption. The great predominance of wood and bright spaces make the house one with the outdoor garden.

But let’s move on to Italian stylists, another head of the made in Italy luxury that has luxurious breathtaking villas all across Italy – and not only. One of the first lovers of the luxury house is undoubtedly Giorgio Armani, the inventor of the unstructured jacket and the global colossus of the ready-to-wear market. The stylist from Vicenza has many homes across the border, but in Italy he has a wonderful home. Defined by himself as “my summer retreat”, this house represents the best Armani style, its aesthetic vision, and the best way to switch off from the chaos of Milan and work stress. Stone walls with volcanic rock and white domed roofs shelter the house from the high temperatures, typical of Pantelleria. The palms of the garden have an ancient history, full of love for nature, and they come from Villa Tasca (near Palermo). A highway had to cut the plants, and the stylist decided to save them by bringing them into his home, making them transplant in the hope of future growth. And so it was, except one that had a short life. Among the various corners of green there is also the so-called “Arab garden”, particular because of its poor furnishings that recall the culture of the East and his evening tea at sunset.

In Bassano Del Grappa stands instead one of the most beautiful and envied luxury villas in Northern Italy. The home of Renzo Rosso, founder of the famous brand Diesel, of which everyone has worn a pair of jeans at least once, is a splendid Palladian villa with a retro touch and to some extent attributable to the homes of historic Versailles. The designer of Paduan origins has long been one of the most famous entrepreneurs of the peninsula, who is credited with having raised not only the Italian fashion industry, but also wine. His winery company named Diesel Farm (we talked about it in this article) has obtained national and international awards, positioning itself as one of the most prestigious new wineries in Italy. Wooden ceilings, large chandeliers, important stuccos and imposing mirrors with renaissance frames furnish the house that is still a little hidden in the old splendor of the past.

The Milanese home of the designer Beatrice Trussardi is instead a blaze of light and color, against the backdrop of white that seems to be the perfect setting for this super cool house. The CEO of the eponymous fashion brand Made in Italy loves open spaces, large windows and valuable collections. Each room must lead back to a passion, softly articulated by liberty graphics dating back to 1911. One of the luxurious villas in Northern Italy perhaps more sober and in line with the same owner, who does not like forced appearances and unbridled luxury.

What did you think of these luxury villas ? Not bad, eh?

Things to do in Rome at night: how to have fun in the Capital