Italian fashion company: the top-10 richest in the fashion system

«Did you know that the Italian fashion system  is worth 63 billion euros? Ever wondered how much a famous Italian fashion company is worth? Read on to find out about their head-spinning turnovers»

By now it is well known that the luxury sector is one of the spearheads of the Made in Italy, and each year an Italian fashion company like D&G (and many others…) bill crazy turnovers that make them important not only for our country, but for the fashion system world. According to the data collected by the National Chamber of Italian Fashion, the last two years have been positive, with an increase in turnover started in 2016: the total revenues of fashion (textiles, leather goods, clothing and footwear) amounted to 63 billion euros, and if we also consider the related sectors, such as jewelry, costume jewelry, cosmetics and eyewear, we reach €84 billion. In 2017 according to the CNMI estimates, fashion sales alone were around 65 billion euros. Furthermore, in 2016, sales abroad covered 48 billion euro, which became 50 in 2017, above all thanks to the increase in exports (we talked about it in one of our articles)

Speaking of numbers again, the Italian companies that deal with fashion are about 60 thousand, 67 thousand taking into account the related sectors, and employ almost 570 thousand people. Furthermore, our companies enjoy a good reputation abroad and confirm their leading role in the international fashion scene. In fact, the study  Global powers of luxury goods 2017 Deloitte, has identified the most powerful fashion companies in the world. Of the first hundred companies, which generated revenues of $ 212 billion (about € 193 billion) in 2016, more than a quarter (26) are Italian. But what are the Italian companies active in the fashion industry (and related) that have sold more in the last period? Here is our ranking.

Here’s an Italian fashion company with a turnover of 1.30 billion euros: we’re talking about the one created by Domenico Dolce and Stefano Gabbana has made the Italian tradition its strong point. The style of the  brand, in fact, is linked to southern Italy and its traditions, reworked however in a sensual and exuberant key. Always keeping up with the new trends, the two  designers  know how to amaze their audience and always be on the crest of the wave. And, despite some events have not helped their reputation, the brand has taught us that nothing is better than a small scandal to boost sales…

OVS stands for Special Sales Organization and was founded in 1972 as a rib of the COIN department stores, from which it broke away in 2015 to be listed on the stock exchange. Today it has a turnover of 1.36 billion euros, and a continuous increase in sales mainly due to a restructuring of the  brand  and its many stores which, from simple and (let’s say it) cheap shops, have become trendy stores.

Founded in 1965 in Ponzano Veneto by Luciano Benetton, today this Italian fashion company has a turnover of  1.38 billion euros. This success is not only due to the high quality garments produced by the company, but above all to its advertising campaigns that over the years have been the focus of numerous scandals and controversies. Despite a decline in sales in recent years (especially among young people), the very Italian Benetton continues to be one of the most successful Italian fashion companies.

Founded in 1951 in Reggo Emilia by Achille Maramotti, in addition to Max Mara and Max & Co., the group controls brands such as Pennyblack, Marina Rinaldi, Marella and Sportmax, sold in 2,300 stores in 90 countries around the world. In 2016, turnover grew by 3.6% to € 1.43 billion.

The Florentine company founded in 1927 registered a turnover of 1.44 billion euros last year. Founded as a women’s shoe workshop for the American market, this Italian fashion company survived a terrible crisis in the 1930s when it went bankrupt. Later the brand  managed to recover and open two stores, in London and Rome, and then in 1948 in New York. In the post-war years it expanded more and more, eventually producing bags and clothing and then opening a men’s and a silk accessories line in the 70s, now among the company’s best-selling garments.

OTB stands for Only The Brave and brings together leading fashion companies such as Diesel, Maison Margiela, Marni, Paula Cademartori, Viktor & Rolf, Staff International and Brave Kid. It was founded in 2002 when Rosso began to buy other brands in addition to Diesel, which he founded together with Adriano Goldschmied in 1978 in Molvena, in the province of Vicenza. Today the group boasts a turnover of 1.6 billion euros.

Founded in 1987 in Vallese di Oppeano, in the province of Verona, by Sandro Veronesi, in addition to Calzedonia, the group also owns Intimissimi, Tezenis, Falconeri and Atelier Emé. Its brands deal mainly with underwear, stockings and costumes, and the model is that of franchising, which has led to the opening of over 4,000 stores, of which 2,500 abroad. The turnover is 2.1 billion euros, with the Calzedonia brand at the top, followed by Intimissimi and Tezenis.

The  brand  was born in 1975 by the genius of Giorgio Armani, who shortly afterwards was crowned  king of Italian fashion. In the last year, Armani has reorganized its numerous collections, which cover various products, from clothing to accessories to eyewear, and which are aimed at various ages and financial resources, from  Armani Privé haute couture  to the most accessible and young line of A / X Armani Exchange. The turnover is currently around 2.5 billion euros, making it an Italian fashion company which really cannot be ignored.

It has long been the coolest  and most  desired of all Italian fashion companies. Born as a luxury leather shop in the Galleria Vittorio Emanuele, it soon became the travel accessories company of the European aristocracy. Today the company, listed on the stock exchange, is led by Miuccia Prada, nephew of the founder Mario and creative director of the brand, and her husband, Patrizio Bertelli, who own 80% of it. In recent years sales have decreased somewhat due to the general crisis in the luxury world, but the turnover is still one of the highest in Italy and the world, with a good € 3.2 billion.

We arrive at the  brand  that in recent years has shocked everyone in the international fashion system, beating any record and earning a place in the annals of fashion. Founded in 1921 by Guccio Gucci in Florence, Gucci has always been considered one of the best Made in Italy fashion companies. But since Alessandro Michele was appointed creative director in January 2015, Gucci has become the fashion company of the moment, something that has been seen not only in the increased  prestige of image but also in the turnover: according to the data just published on the Bloomberg site,  that of 2017 was 6.2 billion euros, a further increase compared to 4.4 billion euros in 2016. 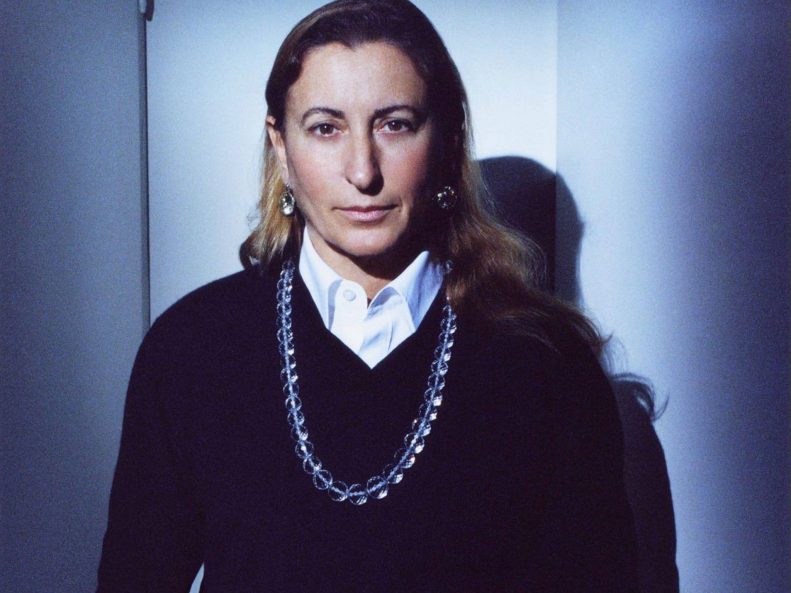 Famous restaurants in Rome spotted at the cinema