Italian football players and the golden ball: here’s a list of the ballon d’or winners

«Last week Cristiano Ronaldo won his fifth golden ball matching Messi. Before these two champions, many have conquered it, including some of our compatriots. Let’s see together the curiosities of this award and the Italian football players who have made it on the list of ballon d’or winners»

And the winner is … Cristiano Ronaldo (FB)! )! The 62nd edition of the Golden Ball was won by the Real Madrid player, who thus reached 5 trophies (the others won respectively in 2008, 2013, 2014 and 2016) and equating those won by Argentine footballer Leonel Messi. Juventus goalkeeper Gianluigi Buffon is only 4th, and from his experience he never managed to grab the trophy: a disappointment, for him and for the Italians, of little importance if you compare it to that for the non-qualification of Italy to the 2018 Russia World Cup. But this is a sad story, so let’s get back to us! Since 1956, the year in which the magazine  France Football established the recognition, 5 Italian football players won the golden ball. Let’s see together who are the athletes who have contributed to making Italian football prestigious in the world by making it on the list of the ballon d’or winners. 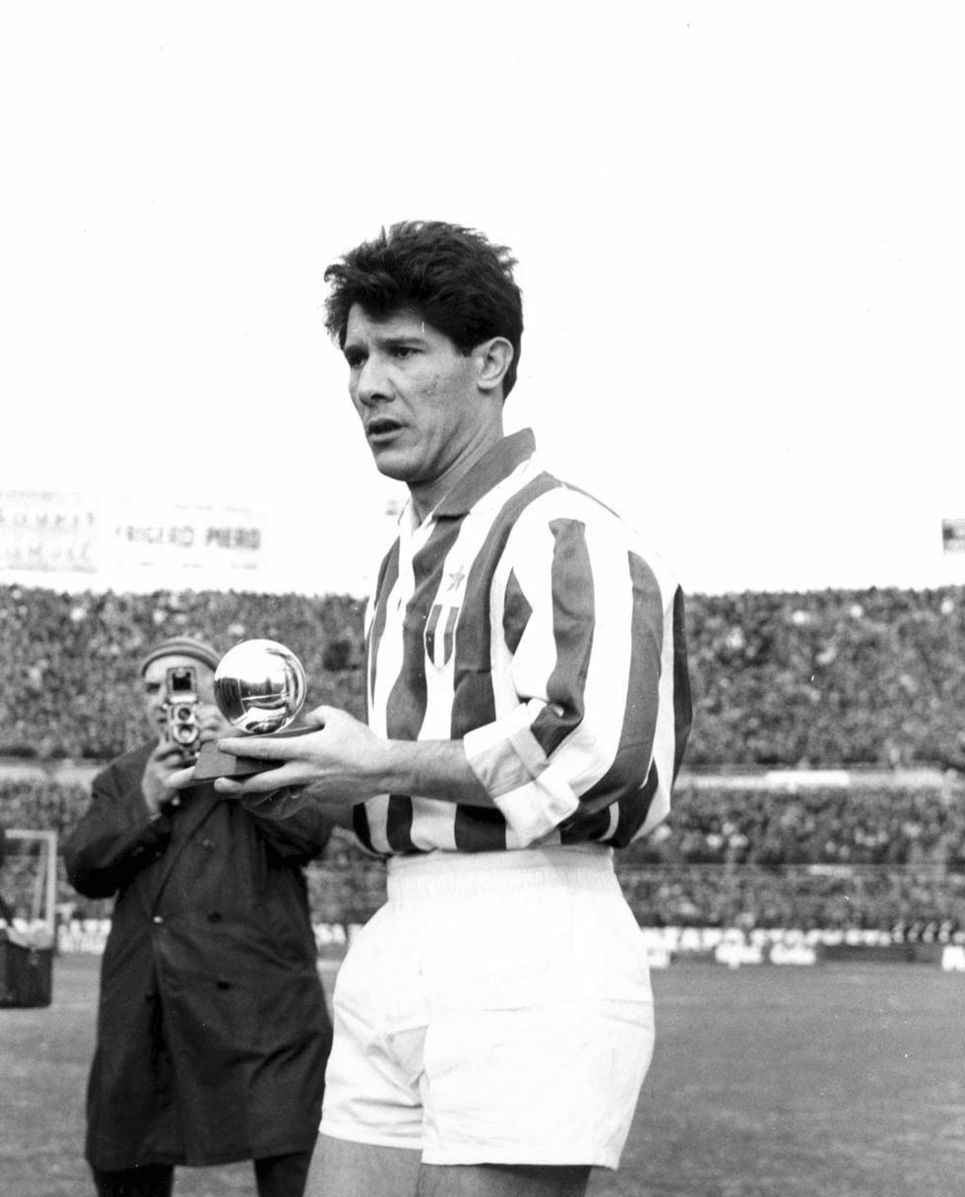 Called El Cabezon (The Hairy) because of his thick hair or El Gran Zurdo (The Great Mancino), in 1961 Omar Sivori was the first native player to enter the ranks of the Italian football players who won the Golden Ball. With a Juventus shirt the Italian-Argentine scored 147 goals only in the Italian championship, 17 with the Argentine national team and 11 with the Italian one. The same year he won the award for best European player, in the match Juventus-Inter, finished with the partial 9-1, contributing to the success of the black and white team scoring 6 goals. He also occupied the 36th position in the list of the strongest players of the twentieth century and since 2004 he has also appeared on the FIFA100 list written by Pelè and FIFA on the occasion of the centenary of the federation, including the greatest champions of all time (125). 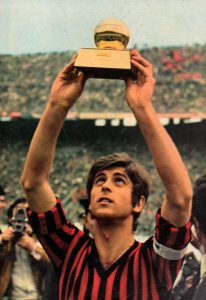 Second on our list of ballon d’or winners is an athlete who certainly needs no introduction: Gianni Rivera is considered one of the strongest Italian footballers of all time. He won the gold ball at the age of 26 (1969) with only 4 points ahead of the other Italian Gigi Riva. Considering that he debuted in A Series at the age of 15, in 1969 he was already considered a champion. Since 2004 he has been in the FIFA100 and since 2013 in the Italian Football Hall of Fame. He is an Italian football legend who has worn the Italian jersey in four World Cups, second only to Buffon. 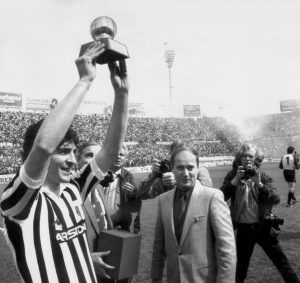 Among the Italian football players who won the Golden Ball, we could not miss Paolo Rossi, who in 1982 brought home a series of unparalleled successes. The golden ball is in fact only one of the trophies that Rossi has conquered in that magical year. In 1982, in fact, he won the World Cup in Spain with the Italian national team, receiving the title of top scorer. The six goals scored during the World Cup and in particular the 3 against Brazil in qualifying for the semifinals entered history and become protagonists of his book I made Brazil cry. He ranked 42nd in the list of the best footballer of the twentieth century, and since 2004 he has been present in the FIFA100. An all Italian pride! 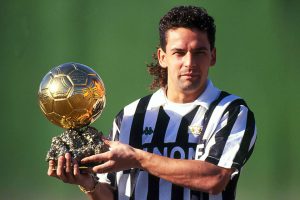 In 1993 the Divin Codino was elected best European player by winning the gold ball, in front of another champion, Paolo Maldini, who placed himself seventh. Another of the greatest Italian football players, he is often remembered for the acrimonious relationships he had with almost all his coaches, from Marcello Lippi to Fabio Capello, but Baggio has done so much for Juventus, Milan and Inter, just to mention some of the prestigious shirts he wore. In the list of the best players of the twentieth century he ranks 16th (the first Italian), and since 2004 he’s been present in the FIFA100. In 2011 he entered the Italian Football Hall of Fame and in 2015 the Walk of Fame of the Italian sport. 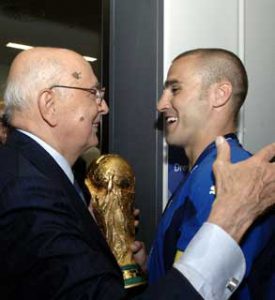 Memories of his feats are still vivid. He is not just a defender, but the defender. The only defender among the Italians who made it on the list of ballon d’or winners (2nd Buffon and 9th Pirlo). Fabio Cannavaro has been a point of reference for Italian football players in the last decade. In the 2006 World Cup victory his leadership was one of the strong points of the Italian national team, of which he was captain from 2002 to 2010. In 2014 he was included in the Italian football hall of fame.

Sports terms: a glossary of the most practiced sports by Italians

Snow Volley Tour 2018, when the volley is tinged with white