«We go back to the Peninsula and head towards San Leo, a village with a majestic fortress, guardian of secrets and legends»

In that corner of Emilia Romagna where the Rimini nightlife is king and San Marino makes us feel the thrill of being abroad for a few minutes, hides another small, great pearl of Italian villages, San Leo (tourist site), Italy, which from its 600 meters height dominates the valley of the Marecchia with its majestic Rocca (fortress). Here, as Instaborghi (here is the last episode) has accustomed us, it is easy to make the usual trip back in time, sliding into the Middle Ages and letting yourself be captured by the atmosphere of the place. Far from the constant flow of tourists from the surrounding places, one can enjoy the sunset and the shadows that draw the imposing profiles of the promontory and the small village, which has remained unchanged for centuries. San Leone, from which the town takes its name, arrived from Dalmatia together with San Marino, evangelized the area and became its first Bishop.

La Rocca, long disputed between Goths and Byzantines, gave rise to the first inhabited center and has seen, over the centuries, the Longobards, Ottone I of Germany, the Montefeltro Lords, the Malatesta of Rimini, the Montefeltro of Urbino, Francesco Maria della Rovere, Lorenzo of the Medici, the Florentine Republic and then again the Della Rovere, which was followed by the Papacy for a true succession of dynasties and various powers. The last change was in 2006, when San Leo was moved from Marche to Emilia Romagna by Referendum.

What to see in San Leo, Italy

La Rocca, first of all. Overlooking the panorama of woods and gullies that stretch to the sea, it is obviously the panoramic point par excellence. La Pieve is the oldest building in San Leo and the center of the medieval center. It was built in the Carolingian period and modernized in Roman times and rises, according to tradition, around the cell in which San leone used to retire in prayer. The adjacent Cathedral has Romanesque-Lombardian shapes, stands partly on elements of the Roman era and is accompanied by the beautiful bell tower, of Byzantine origin. The medieval historic center has seen, over the centuries, the stories of the various Lords intertwined, hosted the exile of Dante Alighieri and surrounds the imposing medieval keep, with four towers by the Malatesta, which surround San Leo in a miraculous balance on the rock spur, apparently unassailable from any angle. 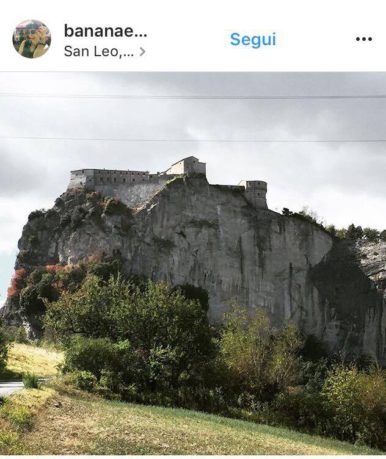 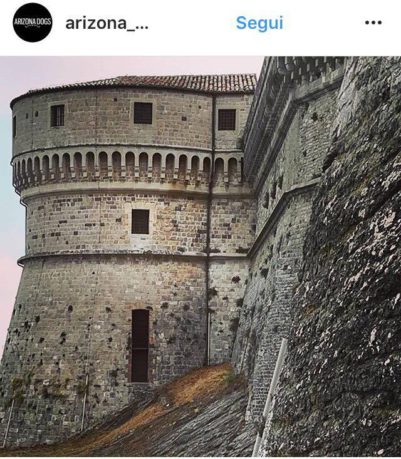 What to do in San Leo, Italy

The surrounding area is the landscape that inspired Piero della Francesca, which is why the Montefeltro Vedute Rinascimentali project(official site) has inaugurated the Balconi di Piero, three panoramas in the green overlooking the views reproduced by the famous painter. If observing the landscape is not enough, but you want to experience the thrill of immersing yourself 360 degrees in what you see, you can always try paragliding (the area lends itself very well), hang gliding or parachuting. 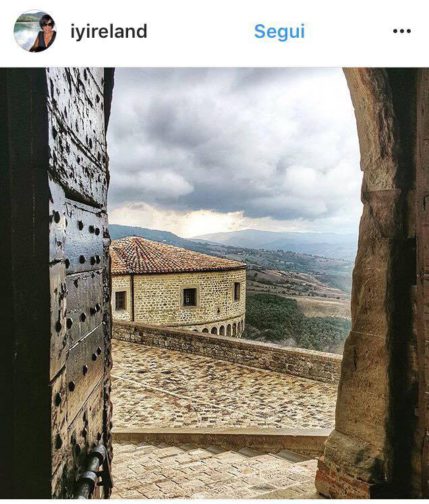 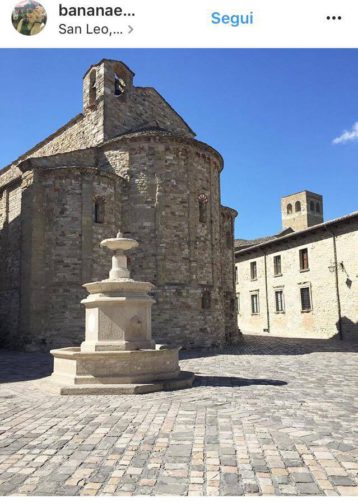 What to eat in San Leo, Italy

Typical of San Leo is the potato of Valmarecchia, a particular variety whose cultivation has survived over time, escaping from intersections with other varieties: with excellent organoleptic qualities, it is cultivated by a few tenacious producers of the area. Legumes and truffles are cooked in practically all sauces, in soups or in accompaniment with a few dishes, pork in the Marche region and rabbit with fennel are the kings, examples of a tradition that clearly has its roots in the Marche culture. 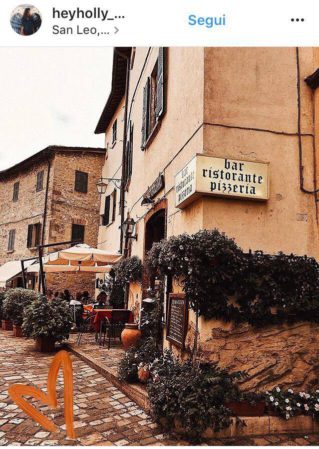 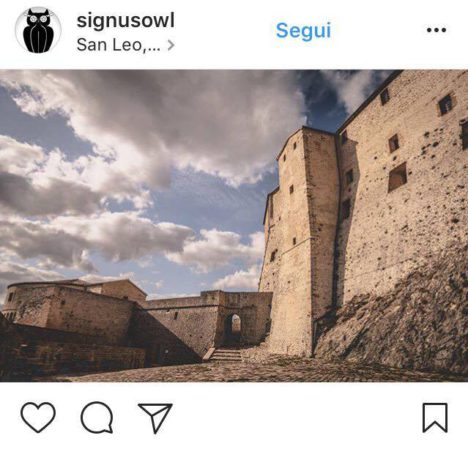 Giuseppe Balsamo, Count of Cagliostro, sees his name strongly linked to that of the fortress of San Leo, poised between history and legend. It seems that he was buried alive in a cell by the Inquisition, accused of witchcraft, hungry and tortured for four years and, finally, strangled, because, it is said, that “he just wouldn’t die”. Before the Fortress of San Leo, he had already known the prisons of the Bastille in Paris, where he was tried for the famous affair of the necklace, namely that he had allegedly stolen a collier destined for the Queen Marie Antoinette. Self-defending, he was acquitted and, legend says, he had predicted the fall of the Bastille in 1789. Today the Rocca’s prison is a museum, whose most striking point is a plaque that spells “No flowers on the count’s grave, nobody knows where either, no one has ever found it “.

Instaborghi: Pitigliano, Italy, heart in the tuff and head in the clouds